Registrations secretary Clive Painter Wembley debut over but not forgotten 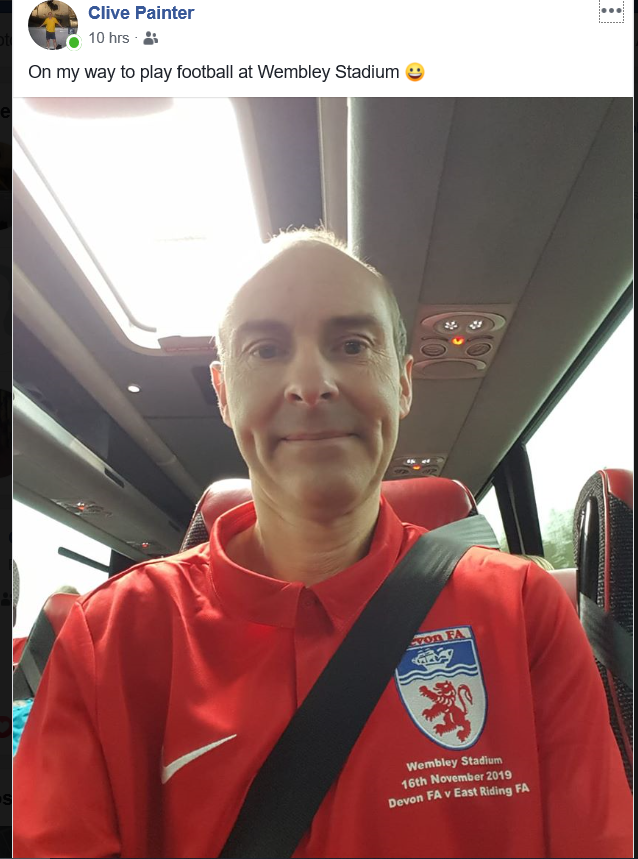 Clive was treading the famous Wembley turf later as the D & E representative along with other from around the County Leagues.

The reason it has all happened

Due to their collective efforts Devon FA won an FA Competition beating another 50 Countywide FA’s by having the most registered players using the FA Registration system via Whole Game/Full-Time together with an email address in their profile.

Devon FA and all of the affiliated Leagues were given this “Thank You” and the wonderful opportunity of playing a 90 minute match on the Wembley pitch.

A coach took “the chosen ones” up and back and our Clive was part of the Devon FA team.